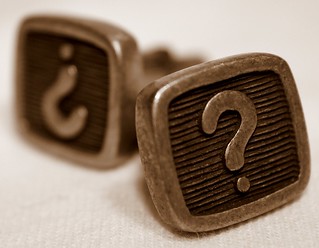 What is the difference between blogs, wikis, and discussion forums?

I was recently asked what the difference was between…

On the shoulders of giants: Creative Commons and commercial use

Looking at student success through a cultural lens: Iwi and whānau speak Melanie is from a bicultural marriage at a time when it was unusual, and when her parents split, her father brought her up. Growing up with strong Māori roots gave her an interesting perspective on life. She lives and works in Ngāi Tahu, but does not claim Ngāa Tahu in her…

Have you noticed how, when you articulate things - either in a verbal or written form - it feels clearer in your head?

Have you noticed how, when you articulate things - either in a verbal or written form - it feels clearer in your head? Sometimes you may write or say something that you weren't expecting. There is also evidence from psychology and neuroscience that talking through traumatic experiences, issues, and challenges, shifts it from the amygdala to the frontal lobe; in other words from the instinctual part of your brain to the processing part of your brain - which is on of…

Promoting the rights of youth

Answers to tough questions about eLearning

I was emailed recently (by John S Oliver) with the following: "I have heard of star on the stage into guide on the side. What are the other phrases? What are the ways to communicate in a sentence the impact of edutech?"...and so I thought about it a few days, and then did some research around it. I couldn't find any equivalent 'sayings' - so if you know any,… This post was shared by Karen Melhuish Spencer (originally here):

Great story here that was shared this morning on Radio NZ National,…

Would you like to know how to create an interactive diagram in Google Slides?

Richard Byrne (Free Technology for Teachers) shared this 'how to' resource, which you may find useful. Richard writes:

"Google Slides has a lot of capabilities that often go overlooked. One of those capabilities is the option to link slides so that viewers don't have to necessarily see them in a chronological sequence. By linking slides you can create an interactive diagram in Google Slides.…

What DO people think the benefits of coaching and mentoring are?

I often find myself pondering why coaching and mentoring are so powerful. When I am being coached the fact that someone is listening so intently, and asking questions that in turn ... even though I know they are part of a coach's tool box ... help me dig deeper than when I ask myself the same questions. I am not the most extroverted person around, but still have a deep…

Charles Grey from Lyncconf contacted me recently to share something, which, if you are a Minecraft enthusiast, will be really interesting. Charles and his team have pulled together over 15 Minecraft mods for 2018 in this valuable resource.

The introduction to the article opens by asking, "What are the best Minecraft mods?",…

Innovate to survive: being prepared to teach in times of crisis The earthquake in Christchurch was in 2010, and the aftermath is still very visible, although the city now has many, vibrant new spaces.

At the time of the earthquake countless people were impacted personally and professionally, including education organisations. For some, the experience, and the whole… Keeping Promises: The Treaty Settlement Process by Mark Derby "provides an accessible introduction to the Treaty settlement process. The content covers events from…

Does access to technology at home have a negative effect on students' learning? It's all rather confusing! A while back, the wonderful Rachel Dingle shared a piece of research with me that made me go...hmmmm. The research, as she said, indicates that "there are no discernible differences between students who have access to technology at home and those who don't". The abstract reads:

Computers are an important part of modern education, yet… If you are involved in facilitating an online community, are thinking of initiating one, or are working with, for example, students who would like to get one going...these guidelines may serve as a 'quick guide' of things to think about in advance.

Education under discussion: Links between professional development and helping to lift student 'achievement'? In this podcast (that was shared by Mike Preece), some key points arise about providing learning opportunities across all sociocultural groups in New Zealand...in particular those who are facing socio-economic disadvantages. The link between provision of professional development and shifts in student achievement are discussed, and it was recognised that it is tough to demonstrate this shift…