Three types of mentor, and five types of role they play

I am often asked - what is a mentor? Or, what is the difference between a mentor and a coach...and does it matter?

Conor Neill, in the video below, outlines his thoughts about what a mentor comprises, and why we might need them in our lives.

Conor suggest that there are 3 types of mentor:

He goes on to describe 5 types of role that…

Caught in the anxiety cycle? Find out what to do...

Are you ever pulled into that cycle of anxiety - that 'what if...' cycle that makes your stomach churn and your heart beat faster? If yes, you may well find the following resource of interest.

Dr Neha frames the video up as something that "will give you the structure you need to transform your anxiety and take your life back!", especially if  you are trapped in the cycle of…

The myth of 'remote working' 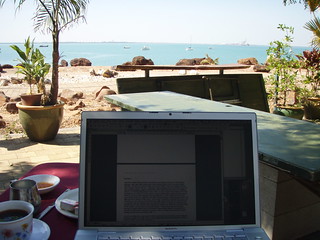 It is the goal of many people to work from home (aka telecommuting), while others revel in the opportunity to interact face-to-face. Both ways of working have their benefits, and both have their drawbacks.

In the blog post, There's no such thing as a… 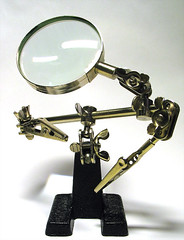 While under discussion between coaching theorists and practitioners, there are some core competencies that most will agree contribute to being an effective coach. These core competencies are the ‘things a coach does’ before, during and after a coaching session, and comprise coaching knowledge, skills, attitude and behaviour (Southern Institute of Technology,…

Are you looking for a short, online course to study...and that is, even better, free? Open2Study has an interesting variety of courses from which to choose, including subjects as diverse as: 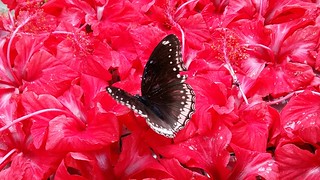 In the places I work, there is a requirement for innovation, responsiveness, and a comfort with change that often calls for “a culture shift: a new environment in which the majority … think in new ways, develop new skills and have new understandings of themselves as professionals” (Bolstad, & Gilbert, 2012, p. 43). As such, there is sometimes an uneasy…

ShEO venture applications are open: Do you have a business idea? You may have seen the recent post What does business look like when driven and funded by women? SheEO is now active in Aotearoa New Zealand, and if you have a business idea you now have the opportunity to apply for one of the low-interest loans, while being supported…

You may be familiar with the amazing work done by Adam Fletcher and his work around student voice, and his keen interest in personal engagement in education for K-12 students, as well as adult learners.

I have thoroughly enjoyed the…

5 traits of leadership that will set you apart

By Ellie Walburg on July 20, 2017 (original post; crossposted in full with permission from John Hawthorne 08/08/17). What sets apart good leaders from great leaders? Is it political savvy and the abi… 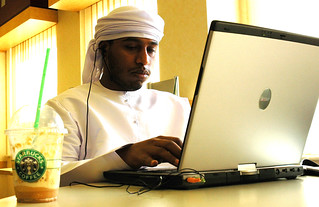 Coaching, with its focus on listening, questioning, and exploration of self, especially values and beliefs, can be a highly effective way to develop understanding of a range of cultures. Such understandings have a positive impact on a person’s own - and where coaching is used throughout a business - all employees’ ability, to comprehend differences in communication and how…

A resource that brings together freelancers, business owners, and agencies...for free! 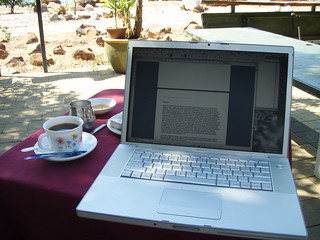 As Lucy Adams wrote in her blog post, "with the increasing attractiveness of working from home gigs, the internet has become one of the primary resources of jobs for freelancers" - and I would… 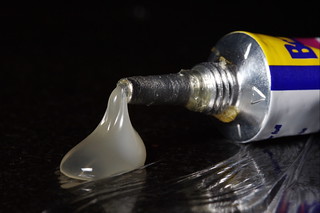 With online courses how do you make them 'sticky'? How do you help participants, after they have started your course, remain engaged and motivated?
Good questions, and ones I was asked a short while ago by some clients. So, I thought I would post some of the ideas I shared with them.
With all of the following ideas, I have either worked with clients to add…
Continue

The 2017 Fulbright-National Geographic Digital Storytelling Fellowship is available for the international students who have completed at least an undergraduate degree. The fellowships are open for any country to which there is an active Fulbright U.S.

Funds for travel, a living stipend, and health benefits as well as a modest professional allowance will be…

If schools continue as stand-alone insular institutions they will continue to be dealt out of the play - what do you reckon?

Mal Lee and Roger Broadie have written an article entitled, "The Impact of the Unintended on the Digital Education of the World’s Young, 1993 – 2016", which draws from their research. The article describes an alternative perspective to that suggested by many education authorities and global government…

What does business look like when driven and funded by women?

In the following erudite and compelling video, Vicki Saunders shares some of her formative experiences in business. One that stood out for me was the time when she was heading up her business, having become increasingly successful, she was advised that she could not be the CEO when the business went public, because the CEO would need to be a man. Since that time (and yes, she took the advice, one of her few regrets) Vicki has come across many other similar women, who have had the same…

Diversity management is the deliberate, unwavering pursuit, when managing employees and working with clients, to ‘make visible’ “all of the significant differences between people, including perceptions of differences ... such as our thinking styles or beliefs and values (Australian Multicultural Foundation, 2010, p. 8).

Māori and Pasifika learners: To make change it has to be a tide rather than a wave I was going back through the archives, and came across this overview of a webinar where participants discussed some thoughts around working with Maori and Pasifika learners (recording can be accessed here). The ideas are still really current, so I thought it was worth dipping into it again...enjoy :D