Social Action: a task for our times?

Social action is a powerful force. Every Labour weekend Radio New Zealand's Concert Program airs the results of its 'Settling the Score' poll. For the last few years, 'The Lark Ascending' has come in first. Some have become a little sick of this and felt a new number one was needed.  …

Sapiens and the Sixth Extinction

My apologies to readers for a long break between postings. However, I have been using my non-posting time to do some serious reading about the relationship between values and some of the major and intensifying issues facing us all in the first half of the 21st century. My quest started while I was in Germany and the UK over winter visiting our five grandchildren of that side of the world. I thoroughly enjoy the privilege of reading the Guardian and the Observer newspapers on a regular basis.…

Values, Youth and the Bloodless Revolution

The programme “Whats Next” that ran in on TVNZ over 5 nights recently touched upon the importance of values in what happens in everyday life, in what we think about the past, and the present and the future. Values drive action or inaction on the issues that matter most, and even in those that seem quite trivial. The programme received mixed reviews but probably came out more on the positive side than the negative.  A good overall review appeared in the …

Values Change over Time and through Space - Part 2 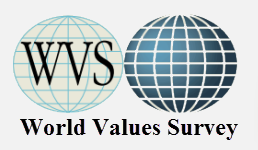 In my last post I mentioned the World Values Survey (WVS). This is a fascinating long-term project conducted in a good number of countries around the globe. The Wikipedia Entry on the WVS is a good brief introduction to the study. The study is a European-based initiative and in 1981 when it started was focused mainly on more…

Values Change over Time and through Space

I apologise to my readers for the long break in posts!

But here I am back again!

There is a very interesting event going on at the moment. This is the What Next programme hosted by Nigel Latta and John Campbell on TV1. I hope many teachers and classes are watching this programme and taking…

What a fortnight it has been for values!  Since I started writing my last post on aspirational v real values using the Roast Busters I – III story it has been wall-to-wall reaction and discussion! After the incidents at Wellington College and St Pat's Silverstream a lot has happened! The media has highlighted the issue ‘big time'.…

The overall title for this Blog is “Values in Education Dilemmas” and the 'aspirational' verses 'real' issue is an on going dilemma for parents, teachers and schools. In education as in life the aspirational values in our values and vision statements are just that, aspirational. What we often fail to recognise is there is often a large gap between our “aspirational” values…

Hobsonville Point is a very new school – established in 2014 so now in just its 4th year. Its roll of 348 (2016) is 65% Pakeha , 12% Maori, 12% Asian and 4% Pasifika. It could be argued that because a brand new school starts from a blank slate that it will look closely at current and even future thinking and build a culture, a curriculum and an education based on current best practice. It seems that this…

I feel that some aspects of my last two posts may have seemed a bit ‘preachy’ to my readers! While I do think that the points made in those two posts are important I have decided to go a bit more positive and upbeat in this post!

I am going to base my post this week around 2 case studies. There are many other schools I could have selected but in doing some online research these 2 stood out. They are what seem to me to be interesting and helpful examples of schools doing something…

The Issue of the 3rd Dimension of Values in Schools

I have decided to make this weeks post on the topic raised by Hazel Owen. Hazel put her question this way.

I did note, however, the point you make that "specific values to be highlighted in your schools programme should be fully discussed and negotiated in the school’s community and once adopted should be clear evident in the “school’s philosophy, structures, curriculum, classrooms and relationships” and “everyday actions and interactions”.